Imagine for a moment each of the five colors of Magic. I am sure you can conjure a pretty good idea of what those colors mean, at least to you. Those five colors have become something so instinctual to us over the years that we hardly even think about their meanings anymore. The fun, though, comes from the combination of those colors, and in turn, the philosophies behind them, creating something new entirely. In this article, we will be taking a closer look at the color pair White-Green... the color combination that brings order to nature. 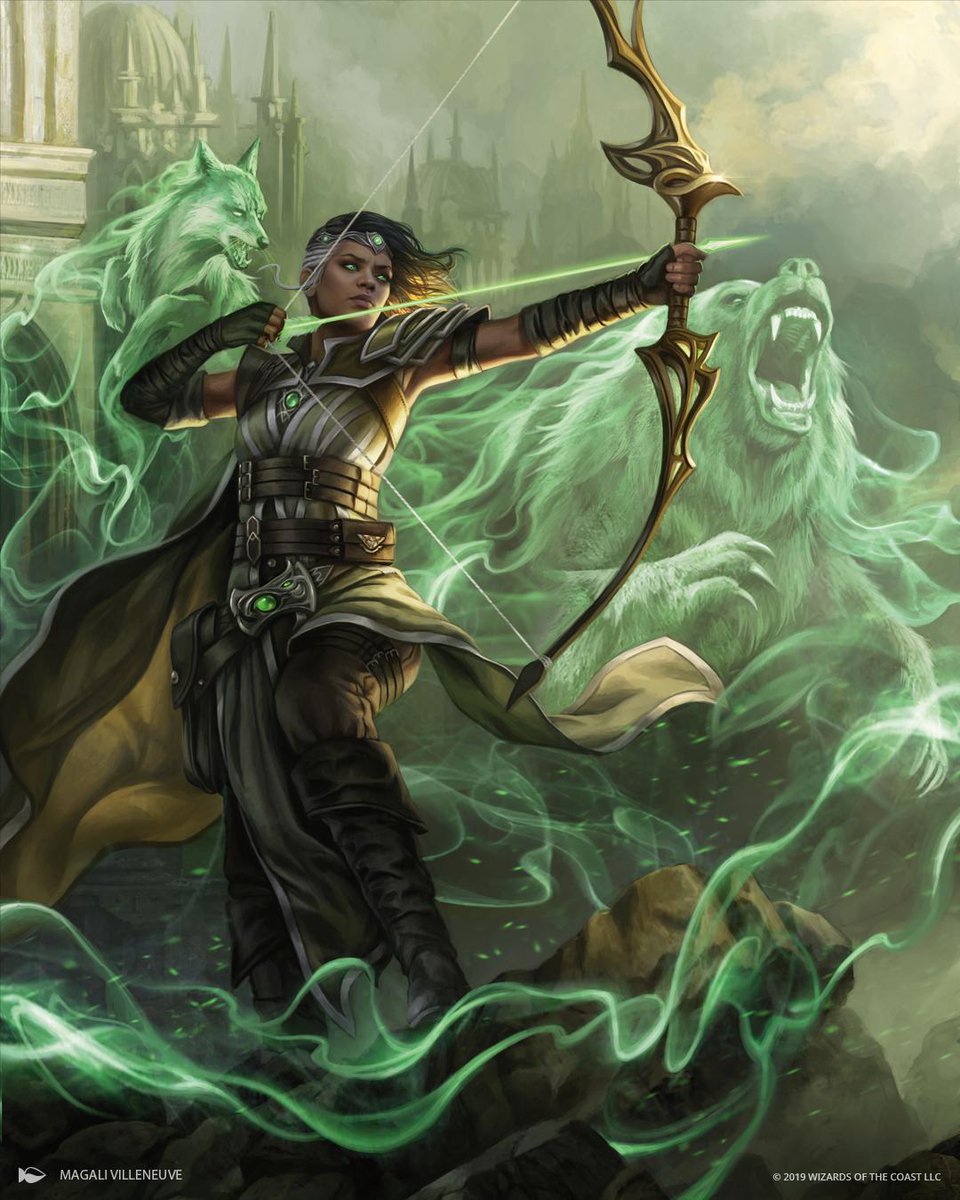 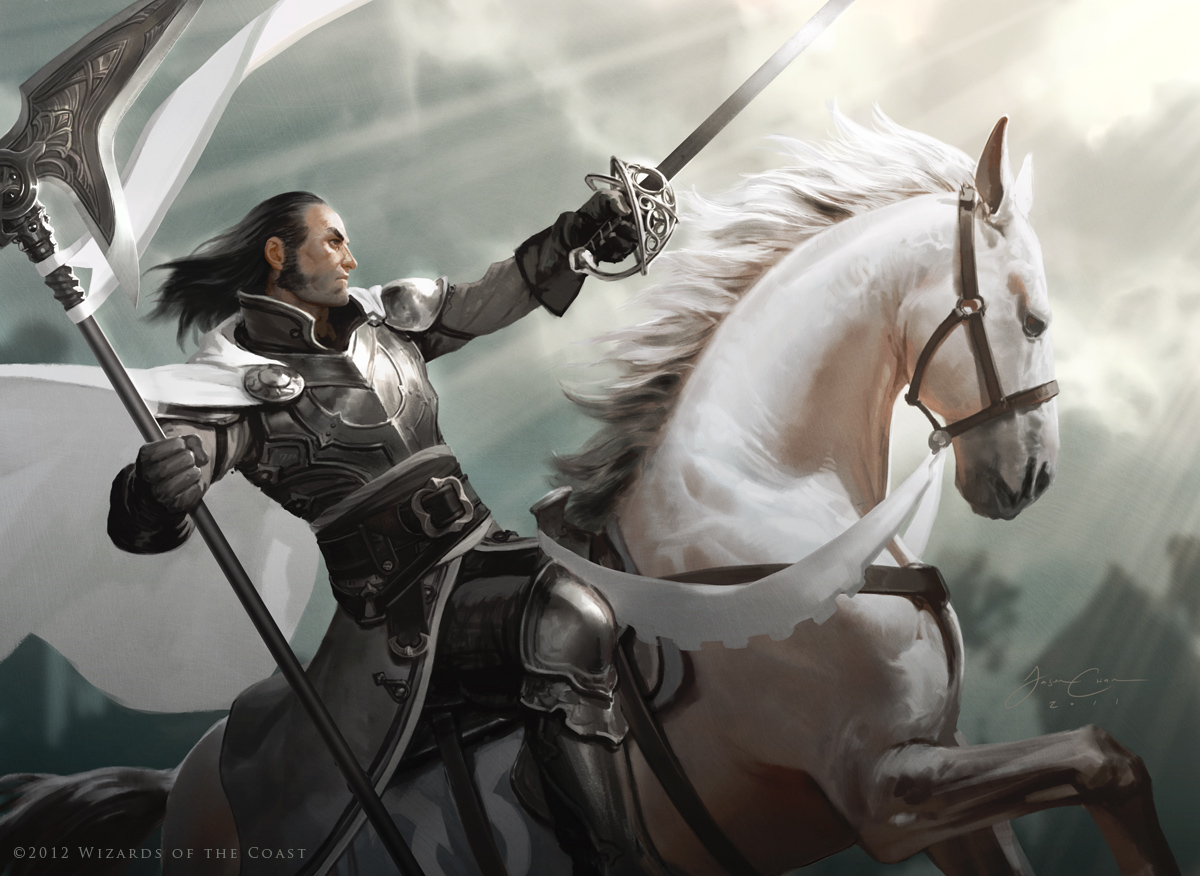 Green looks at the world as being a perfect ecosystem, balanced and flawless. It sees itself as just a part of that ecosystem, and in turn looks to fulfill its duties within it, never looking for a bigger meaning outside of what it was born to do. To that end, tradition is valuable to Green in that it tells us our place within the world we call home.

White, simply put, wants a world where peace is the more than just an ideal, where even the weakest members of its society can make a life for themselves. In other words, White is only as strong as its weakest link, and because of this, will protect those who can't protect themselves. White achieves this through its rigorous use of laws and the upholding of those laws, for with structure, a perfect society can be formed.

Let’s then bring these ideas together, and what better place to start than the core of each of these colors’ ideals: Nature and Nurture. You see, Green is the color most associated with living in the wild, free from form and structure. Whereas White, on the other hand, carefully crafts a society that often lives within the confines of a city. How could these polar opposite ideas come together? It may not be so directly obvious, but there is room for these two ways of life to come together. With a respect in mind for the natural world, it is possible to create cities that not only exist alongside nature, but ones that can thrive as one with it; a city where the very walls bring water to the vines that climb them.

Even something like farming, which is a structured use of the natural world, is an example of White-Green. Farming looks to create something new, something that in turn services the needs of all. We see an example of this on Theros with the goddess Karametra, who sees agriculture as a way to cultivate nature, to improve upon what has been done before, but with a respect for the land that is being used. You see, the true ideal of Green-White is to form a society where all can thrive; one where plant, humanoid, and beast can all live alongside each other in service of each other, for the betterment of all.

This leads us to one of the strongest characteristics of White-Green, and that is its desire for unity. You see, White is the color that wants to create a society where all know peace, and where no one is left to suffer alone. White has a great passion for helping others, especially those it calls its kin. Then, on the other side of it, we have Green, the color that sees the world as one perfect design, where every person and every beast has its place, an ideal Green will go to great lengths to preserve. So, this tells us all we need to know.

What happens when you have a society that looks out for all who share its ideals and will go to any lengths to preserve that society?

Well, you get White-Green, a group that lives for each other, where no one is more important than the other, and where the only true goal is to create and maintain a world where all can thrive alongside nature. This idea is best seen on Ravnica with the Selesnya Conclave, and I think this quote best encapsulates their ideals better than I could: “We are many, yet one. We are separate in body, yet speak with a single voice. Join in our chorus” -Chorus of the Conclave

Just like any society that hopes to create peace, order, and a strong moral code, there must exist the laws that keep it all together. You might think to yourself that with the influence of Green, there wouldn't be any laws in nature, and that nature wouldn't abide by those laws if they did exist. Well, like I am prone to say in many of these articles, you would be wrong.

This is for two reasons: first and the most obvious is the influence of White. When crafting a society, the use of laws and morality are quite important. They help to temper the wilder parts of ourselves in a way that makes it so we can all live together and depend on each other. Second, actually comes from Green. You might see Nature as wild and without structure, and to a degree, this is correct. But there is also an order there.

Any world that we visit has been shaped over many, many years, and in that time, nature has created its own hierarchies and order.

Each animal knows its place on the food chain, and every plant knows where it may grow; there is more order to the world than we may realize, and with the influence of White, it is further brought to the surface. If we break down the law into its bare bones, what we get is a framework for living our lives. Green has a version of this all its own, and that is in its maintenance of traditions, a framework for our lives that is based on nature. What this shows us is that Green-White looks to the past for guidance and creates laws for the future to protect all that it holds dear.

So, let’s look at the cards themselves for an example of this, and I think there isn't a better place to look than the many soldiers and knights of White-Green. These types of characters illustrate what happens when a strong tie to tradition and law is given form. The knights and soldiers of Green-White uphold a strong moral code to protect all life and are selfless in their devotion to their people and their cause.

In the end, Green-White is the pair that forges a life with nature, just not in the way that Green does on its own. Green by itself may want to leave the land untouched, but when White is brought into the fold, the land becomes just as important as those who live with it. In turn, the world itself also has a duty to the people, just as the people have a duty to her. This results in a society carefully crafted alongside nature, one where cities climb with the trees; a society where sword and shield are held up, just as much in defense of the beasts and plants, as in defense of those who build those same cities.